Skip to content
In view of the increasing incidents of mobile phone theft in India, the government has now taken firm steps that such a system has been made so that whatever part of the country the mobile phone is stolen, it can be caught in the whole country. The government was engaged in this work for a long time, and now this system has started working, people can call the helpline number of the government as soon as their mobile phone is stolen and enter their details as soon as this details will be put in the system all over the country It will spread. After this, as soon as the thief uses this phone, he will be caught
how to find a stolen mobile, how to track lost mobile with imei number, how to locate a lost cell phone that is turned off, how to find lost android phone 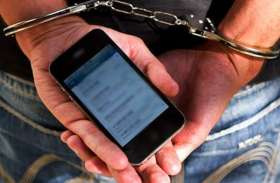 Friends, this trick has been successful in Maharashtra.

This system was started experimentally in Maharashtra and this system has been completely successful. Now this software has been handed over to the police of every state of the country. It will be started in a few days. It is expected that the Department of Telecommunications will do so in 1-2 weeks. It will make its official debut and Telecom Minister Ravi Shankar Prasad will announce it. Know the helpline number, the government has issued a helpline number to help in the case of mobile theft. Now anyone in the whole country can file a complaint on helpline number 14422. As soon as a complaint is received on this helpline number, it will be sent to the mobile companies and immediately the mobile companies will block this mobile phone. After this, it will not be used anywhere in the country.
How will this system work
Every mobile phone has a special number, which is called an EMEI number, it is a unique number of every mobile phone, and only during the making of this mobile phone, companies install it. Some people tamper with this EMEI but for such people  Now the government has made a provision for a sentence of 3 years
Government has prepared Central Equipment Identity Register

The Government has prepared the Central Equipment Identity Register ie CEIR.  This software has been developed by C-Dot itself.  Being indigenous, there will be scope for improvement whenever it is needed.
What is the arrangement so far
Till now, the lost mobile phone could be searched till the concerned state, often the mobile stealer used to sell it in another state after its theft, in such a situation it became difficult for the police to find the stolen mobile phone but now as soon as the mobile phone was stolen It will be sent together all over the country; As soon as this happens, the stolen mobile will not be able to work in any part of the country and as soon as an attempt is made to run it, the thief will be caught by the Union Telecom Ministry in Maharashtra this May. This service has been started from the circle and it will be implemented by December in the remaining 21 telecom circles of the country.
Friends, how did you like this article, then open the website to get the latest news